The London Exam Centre, which is part of Wimbledon School of English, is a recognised non-UKVI (UK Visa & Immigration) IELTS test centre and offers test dates at regular intervals throughout the year. Our office is open between 9:00 a.m. and 5.00 p.m. every weekday. 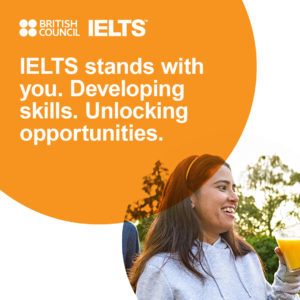 IELTS is designed to assess the language ability of test takers who need to work or study in an English speaking environment. It is recognised by over 10,000 organisations globally and it is accepted in 140 countries. Millions of test are taken each year.

IELTS is available in two modules – Academic and General Training. It is advisable to check with the recognizing organisation about the appropriate module.

Academic module is suitable for test takers planning to undertake higher education study or who are seeking professional registration.

General Training is suitable for test takers planning to undertake non-academic training or work experience, or for emmigration purposes to Australia, Canada, New Zealand and the UK. The General Training Module may not be offered on all test dates.

Both Academic and General Training are available either on paper or computer and cover the full range of ability from low-level user to expert user of English.

We usually run two IELTS tests on computer per week at The London Exam Centre. 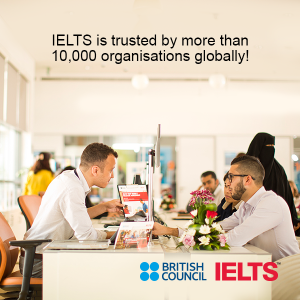 The world’s most recognised English language test for work, study and migration can also be taken on computer and we are an authorised exam centre.

Both the Academic and General Training modules are available as IELTS on computer.

In IELTS on computer, all the questions are displayed on a computer screen and test takers have to submit their answers using a keyboard and mouse.

Candidates can adjust the font size, screen colour and volume according to their preference.

Even though all written skills can be done on the computer, the Speaking test is still face-to-face with a trained IELTS examiner.

For IELTS on computer, you receive the results in three to five days, instead of the usual 13 days.

You can watch some tutorial videos here to help you understand how the different sections of the test appear on computer, and other useful tools.

From 1 October 2016 new and existing Private Hire drivers renewing their licence will be required to take an approved test of English and achieve a B1 result.

The London Exam Centre has been authorised by the British Council to conduct these tests for London Private Hire drivers.

The tests are scored on a band scale of 1-9.

To be successful, you will need to achieve an overall band score of 4 in each area, which is equivalent to a B1 level on the CEFR (Common European Frame of Reference for Languages).

Please note that it is a TfL requirement that each section of the test is filmed as a security measure and you will be asked to agree to this before taking the test.

The test offers two versions, both accepted by TfL: